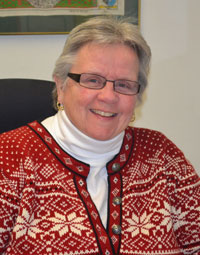 At the present time, Maureen is a school counselor and athletic administrator at Gardiner Area High School in Gardiner, Maine.  She has taught at Gardiner for 23 years and during those years, she coached field hockey (23 years) softball (5 years), and basketball.  Maureen is the co-founder of the Maine Field Hockey Association and currently serves as president.