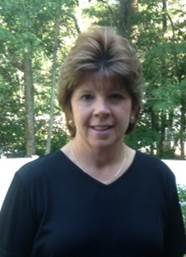 Maureen Noone is a Special Needs Teacher (grades 6-8) in the Wilmington, MA, Public Schools.  She received her degrees in special education and elementary education from Fitchburg State College in 1985 and her Master’s in Education from Cambridge College in 1995. She has coached field hockey, basketball, volleyball, and softball in Andover, Wilmington, and in her hometown of Stoneham where she coached the middle school and the town softball programs.  She is currently the Andover HS varsity field hockey coach, a position she has held since 1998.

Athletics have always been an important part of her life.  She was one of the first female little league players to play in Stoneham, MA.  The values she learned as a player are those she has instilled in her players – commitment, dedication, integrity, sportsmanship, and hard work.  She teaches these qualities for athletics as well as academics and life.

Maureen has coached at various levels for over 30 years.  Besides being the field hockey rep for the Merrimack Valley Conference and the MVC rep for the Massachusetts State Field Hockey Coaches Association Best of 60 Senior All-Star Field Hockey game, Coach Noone has encouraged her teams to be involved in community service.  Such service includes: the Pan Mass Bike Race for Kids (Wilmington/Andover) for the Jimmy Fund for 7 years; the Home for Little Wanderers Christmas Stocking Fundraiser; and organizer and director of the Lauren Ciampa Memorial Field Hockey Camp – a 2 day clinic honoring a former player where all proceeds are donated to Dana Farber.

“The most rewarding part of coaching is having a player or parent tell me that I have had a tremendous influence on the education of their daughter.”