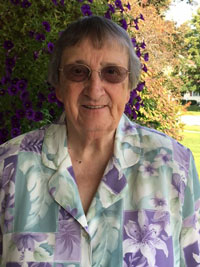 Melba is currently an administrative assistant in the Athletic Department at Essex High School.  For twenty-five years, she was involved in coaching women’s sports – basketball for fifteen years, field hockey for eleven, softball for ten, as well as cheerleading.  She has served on various state committees during her career, including the committee that organized, started, and ran the first state tournaments for girls in Vermont.  Her involvement with girls’ sports has spanned 49 years.

Melba has been recognized by many organizations for her contributions to women’s sports.  She was inducted into the Johnson State College Athletic Hall of Fame, received the Northern Vermont Athletic Council Bob Pierce Award, the NIAAA State Award of Merit, two VSADA Distinguished Service Awards, a National Citation from the National Federation of High Schools, and was inducted into the Vermont Principals Association Hall of Fame.