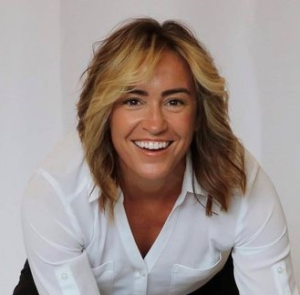 A native of Attleboro (MA), Missy was a three-port athlete and captain during her hall-of-fame career at Bishop Feehan High School. She went on to lead the University of Maine to three league championships and two NCAA berths as point guard and captain. Missy earned a bachelor’s degree in communications from the University of Maine and, later, a master’s degree in athletic administration from Ohio University.

During her time coaching in Massachusetts, Missy also influenced the development of hundreds of girls through her MT Elite Basketball training and AAU programs. She views sport as a vehicle for her own professional and personal development and seeks to afford the same opportunities to others. Those who have witnessed Missy working with young athletes in clinics and team settings consider her an “exceptional coach and teacher of the game,” as well as a “wonderful role model for young girls.”

In the two years Missy spent in her first collegiate head coaching position at Wheelock College, she led the team to its first winning season in the school’s history and became the program’s winningest coach. After Wheelock, Missy went on to lead NCAA Division II Adelphi University to two NE10 regular-season division championships and an NE10 Tournament championship, and two NCAA Division II Tournament appearances.

In her current position at NCAA Division I, West Point, Missy has been charged with contributing to the development of cadet-athletes who will serve as future officers and leaders in the world. She describes her approach to coaching and leadership development as “collaborative” and “player-driven.” As an indicator of her player-led, team-focused culture, the 2021-22 Black Knights led the Patriot League in fiercely competitive, team-based categories of offensive rebounds per game and total rebounds per game.

Although this product of Massachusetts has left New England to further her burgeoning coaching career beyond our borders, a local basketball official describes Missy’s influence on girls’ and women’s basketball as one that will “continue to echo throughout Massachusetts for many years to come.”