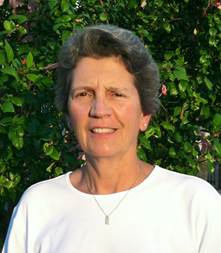 Nancy Darsch grew up in Plymouth, MA, where she was recognized as a great basketball player and overall athlete.  She graduated from Springfield College in 1973 and received a MS in Physical Education from the University of Tennessee in 1979.  She joined the WBCA (Women’s Basketball Coaches Association) at its inception in 1997.

As a collegiate basketball coach she spent 1978-1985 as an assistant at the University of Tennessee.  From 1985 to 1997 she was the head coach at Ohio State and in 2005-2007 she was an assistant coach at Boston College.  As a collegiate basketball coach, Nancy amassed a record of 234 wins and 124 losses for a 65% winning percentage.  Her teams were 4 time Big 10 Champs, had 3 NCAA Sweet 16 appearances, 1 Elite Eight appearance, and 1 National Runner-up experience.

From 1997 through 2005 and from 2007 through 2013, Nancy was a coach in the WNBA (Women’s National Basketball Association).  She was on the coaching staff of the New York, Washington, Minnesota and Seattle teams during her tenure in the WNBA.

Coach Darsh “had the chance to work with and know many of the pioneers in women’s basketball.  They were great role models and I hope I contributed in some small way.”