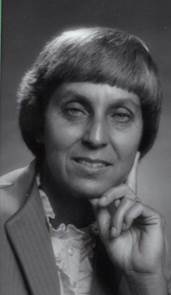 Nancy is a professor and chairperson of the Men’s and Women’s Physical Education Major Department at Eastern Nazarene College in Quincy, Massachusetts.  She is also the coach of the women’s volleyball team.  Her coaching career began in 1963.  Since that time she has coached basketball, softball, and field hockey at the high school level and basketball and volleyball at the college level.  She has been a participant in and the director of numerous collegiate tournaments.  She has served on collegiate associations as a member and has had many leadership roles.  From 1978 to 1984 she served as one of the first females in New England as Director of a four-year collegiate, co-ed varsity athletic program.