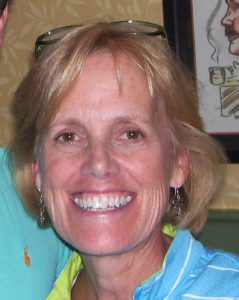 Nancy has been the head softball coach at Boston College, varsity field hockey coach at Braintree High School, and part-time physical education teacher in Braintree Public Schools.
Her nineteen season coaching career in softball, field hockey and basketball began in 1975.  In 1984, she became the softball varsity coach at Boston College.  Nancy has also coached softball in Holland at the Robur ’58 Club during the summer of 1984 and is also a rated basketball official.

Nancy’s 1985 Boston College team won the MAIAW Championship.  Her 1988, 1989, and 1990 teams were the ECAC Division Champions and in 1991 were the Big East runners-up.
Her professional involvement includes work with the Massachusetts Association for Health, Physical Education, Recreation and Dance, serving as the 1986-1987 Vice President for Girls and Women Sport.  Her Alma Mater, the University of Massachusetts, Boston, recognized her achievements by presenting her with the 1976 Graduate/Scholar Award for Distinction in Physical Education.

Nancy is affiliated with the Massachusetts Association for Health, Physical Education, Recreation, and Dance, with the NEISCA, and the NSCA.

As the mother of three sons, Nancy feels that she possesses the ultimate opportunity for advocacy of women’s sport as she participates, coaches, and promotes sport in a most positive light to her children, their friends and their families.