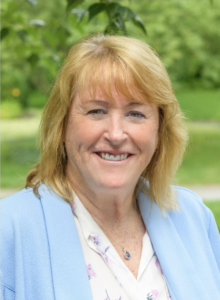 Joining the list of 2022 inductees is Patricia Griffin, RN. Right out of the gate in 1984, Patricia’s first coaching “gig” was at the collegiate level as the assistant pitching coach for the Quinnipiac University softball team. From Connecticut to Massachusetts, she jumped in for the next two years to help with the Bridgewater State University’s softball team.

During the mid-80s Patricia found herself diversifying her focus, coaching both basketball and softball at the high school level.

By her own admission, Patricia guesses that nine- ty percent (90%) of her coaching over thirty-five plus years in the business has been as a volunteer. “Volunteers don’t get paid because they’re worthless, but because they’re priceless.” To give of yourself for over thirty years is a true reflection of selflessness.

Just to put this in perspective, Duxbury, Norwood, Hingham, Whitman, Rockland, Holbrook, Bridgewater and Quinnipiac are just some of the places this sought after coach has made her impact on athletes. From the AAU player to col- lege student-athletes Patricia has shared her talents, passion and positive attitude.

We are extremely proud to have her join the Hall of Fame.