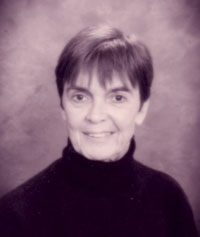 Patricia is the retired chairperson of the Southern Connecticut Board of Women Officials and the Director of Girls Sports at Amity Regional District #5, Woodbury, Connecticut.  During her career she has coached basketball, field hockey and softball at Amity High School for 17 years. Patricia was the Director of Physical Education and Athletics at St. Mary’s High School in New Haven, CT. for 6 years.

Her achievements and accomplishments have been recognized by her peers in Connecticut.  She is a member of the Connecticut women’s Basketball Hall of Fame and the New Haven Tip-off Club.  She was the first female to serve on the CIAC Official’s Committee.  Patricia has also received the Connecticut Coaches’ Committee Award.