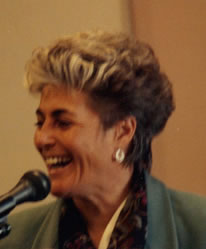 Patricia has been a teacher-coach at Tolman High School in Pawtucket, RI, since her graduation from the University of Rhode Island in 1971.  In 1981 she was the first woman to be appointed to the position of athletic director for girls and boys in Rhode Island.

At Tolman, she coached cross country, track & field, gymnastics, and volleyball.  During that time she also coached fencing and softball on the collegiate level.  Patricia is a member of the United States Field Hockey Association and its chairperson for their developmental camps.

Patricia has received a service award for coordination at Boston Four Schools and was selected for an outstanding coach award in 1974.  In October, 1992, Patricia was inducted into the University of Rhode Island Athletic Hall of Fame.