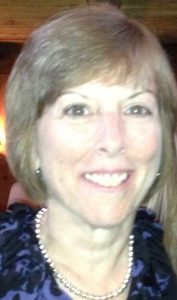 In 2001, Patricia Cawley co-founded the Canton High School volleyball program. At the helm, she guided the Bulldog volleyball program from a junior varsity team to a Hockomock League powerhouse winning the Davenport Division 11 out of 12 years!  Her team competed in the Central Section final game in 7 of their 12 varsity seasons. In 2012 Pat was named Boston Globe Volleyball Coach of the year. Four years later, she was named Hockomock Sports Volleyball coach of the year. In 2017 she was inducted into the Massachusetts Girls Volleyball Coaches Association Hall of Fame.  For 19 years, Pat has coached and been the assistant director of the Cobra Volleyball Juniors’ Program. In addition, she has fostered the game by running middle school clinics from 2001 to 2019.

“I want to pass along the positive experiences and passion for learning, hard work and dedication to a common goal to the next generation.”

Pat’s stature in the coaching profession is paralleled by her officiating role.  She is a 28 year NCAA state-rated official. She has worked high school and college matches, even getting the nod to officiate many high school state championship matches and two NCAA Division III regional tournaments.

In addition to officiating, Pat has served on several committees.  Pat was the Executive Secretary for the Boston Board of Officials for 24years. She acted as the official’s representative to the MIAA volleyball committee from 1998-2005.  She continues to be a member of MGVCA. More recently, Pat was member of Canton High School Equity Committee.

“My hope while officiating and coaching is to share my love of sport and team with all the players.”