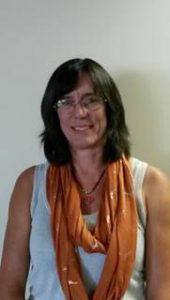 Patricia has been involved with girls’ and women’s sports for 37 years and is still going strong.  After graduating from Holy Cross in 1985 as a physics major, she became affiliated with the YWCA of Central Massachusetts in Worcester, MA, as a staff member.  She is fully involved in USA synchronized swimming, and USA triathlon training.

Her involvement with officiating synchronized swimming dates back to being certified as a Level 1 & 2 Local Judge in 1986.  She became a Level 3 Zone Judge in 1992.  Since 2003, she has been a Level 4 Retaining National Judge.

Patricia’s coaching began in 1980 when she became head coach and team director of the YWCA Synchro-maids, a position she still holds.  In 1992 she became certified as a Level III USA Synchro Coach.

A dedicated USA Synchro member, she was the East Zone treasurer in the 1990’s, chairperson in the 1990’s, USA Synchro Executive vice president from 2000-2004, Committee Chair 2004-2008, and New England Synchro Technical Chair among other voluntary roles for the organization.

“I have always strived to provide positive developmental experiences for female synchro swimmers, while also making myself available to coaches, athletes, judges, and parents as a mentor, advisor, and supporter.”