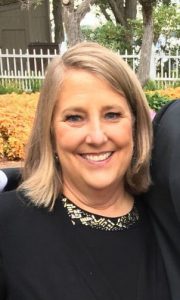 Patricia earned her BS from Springfield College in 1980 and has dedicated herself to the service of girls’ and women’s health and well-being for 39 years.  Throughout the ‘80s and ’90s she was a three sport varsity coach of field hockey, basketball and softball at Wilton Lyndeborough, Timberlane, and Salem.  In 2001 she began working at Hopkinton Middle/High School where she continued coaching field hockey (2001 to present), basketball (2005-2007), and substituted club lacrosse for softball (2004-2006).  Patricia fostered the field hockey program by beginning Future Stars field hockey camps for grades 1-5 and middle school field hockey camps for grades 6-8. Her commitment to these programs had a positive impact as demonstrated by trips to the final four in field hockey and basketball on two occasions (2014; 2018). Her teams were division III state runners up.  Further accolades followed as she was twice awarded New Hampshire Division III Field Hockey Coach of the Year, was the recipient of the Walter Smith Award, and was inducted into the NHIAA Hall of Fame.

“It is because of the strong women before me that I have been inspired to continue to push that bar.  It is my proudest accomplishment when the athletes I have coached continue on to become coaches and officials themselves.  For them to see all the values of participation that I have tried to instill in them transferred onto the young girls they are now coaching, is humbling”

Patricia has demonstrated throughout her 39 year career that she promotes girls and women beyond the athletic arena.  She founded the Hopkinton Gay Straight Alliance (GSA) to ensure a safe school for all students. She also was an advocate for single gender physical education electives to maximize participation for all girls in the physical education program.  In addition, Patricia started the Buddy Field Hockey Program. This program ran concurrently with the field hockey season. The jv and varsity athletes would partner and mentor a young girl. They would meet once a week for skills and drills culminating with an end of season jamboree.  Yearly, her teams hosted field hockey games for breast cancer – “Play for a Cure” as well as “Play for a Purpose”.