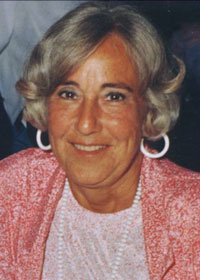 The Leominster High School female athletic program has been the result of many years of pressure and involvement by Patricia.  She has increased the sport offerings for girls from the three which existed when she began to the nine major sport offerings which are now available, with schedules and awards equal to that of the boys.  Many of her students have returned to coach and many are preparing for professional careers in physical education.
Her won/loss record during the early years was not kept as accurately as it is today.  However, two of her teams in softball were undefeated.  Since the inception of district competition, her field hockey and softball teams have qualified every year except one.

Her philosophy of competition is that “even though winning is important, it is important to encourage players to be involved and try to become athletically skilled and intelligent women.”  In an attempt to encourage as many young women to participate as possible, she carried large numbers on her rosters.