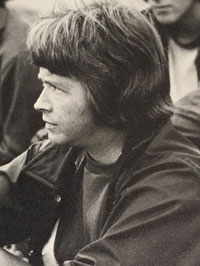 As with many other women, records are non-existent, except for her basketball record of 252 wins and 54 losses.