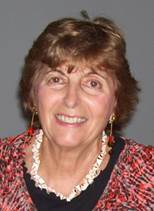 Patsy Redmond graduated from Sargent College at Boston University with a BS in Physical Education in 1959.  She received her Master of Education degree from BU’s School of Education in 1962.  From then until her retirement in 1998, Patsy taught and coached in the Braintree Public Schools.  She also led after school exercise and jogging programs, and organized a bowling league for school personnel where the focus was on participation and fun.

Patsy was President of the Bay State League – Women’s Division for several years.  She was responsible for preparing league schedules for girls’ sports in field hockey, basketball, softball and tennis as well as scheduling officials for league games.

In 2004, Patsy Redmond received the Sargent College Service Award.  In 2006, she was inducted into the Braintree Athletic Association Hall of Fame for her coaching achievements.

Patsy has been a volunteer for the Boston Marathon at the finish line for many years.  In 1996 she was a volunteer at the Summer Olympic Games in Atlanta, Georgia.

Additionally Patsy Redmond has been the official New Agenda: Northeast photographer for the past 10 years.

“In teaching and coaching I attempted to provide and encourage all my young ladies the opportunity to participate, to be involved in some way and to do the best they could.  Participation and ‘doing your best’ always were the key.  In team sports everyone was expected to do her part in order that the whole team be successful.”