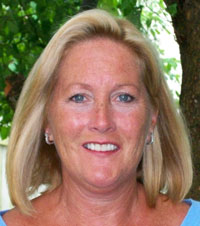 Paula received her BS in Physical Education from Northeastern University in 1977.  Her coaching career, however, started in 1973 – coaching spring track and field at Canton High School.  She also coached junior varsity basketball at Canton and freshman field hockey in Braintree while still in college.  In 1979 Paula became the head field hockey coach at Canton, taking her team to a State Championship.

After her coaching career, Paula became a field hockey official.  She served the Boston Umpires Association as a member of the Executive Board, secretary, and scholarship chairperson.  She also served on the board of the Massachusetts Collegiate Field Hockey Umpires Association.  Paula served as a league assigner as well as assigner for the Mexican Cup Div. I spring hockey tournament.

Paula received her National Rating in 1994.  She served the United States Field Hockey Association as Umpire Development Chairperson, coordinator of umpires for USFHA events, and clinician at developmental camps.  Paula was the head clinician for umpire training at camps held at Babson College, Bentley College and in Vermont.

Paula Sanderson was inducted into the Canton High School Hall of Fame in 2003 and received recognition for her service to the United States Field Hockey Association in 2004.  She also served as a commentator for the local Canton cable television station during post-season tournament play in field hockey.