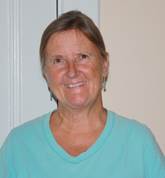 Since 1973, Peg has serviced girls’ and women’s sports through her involvement in field hockey, basketball, softball, and lacrosse.  As a student teacher at Oliver Ames High School (Easton, MA), she coached JV girls’ basketball and began her coaching and officiating career while earning her college degree from Boston Bouve College at Northeastern University.

Peg’s coaching career started as a volunteer middle school field hockey coach at Westport (1974-1978) with a co-ed team of girls and boys “way before it’s time, but just as problematic.”  At Sharon, she was the JV field hockey coach (1996-2001) until she took over as head coach in 2001.  In 1999 she also became the head girls’ lacrosse coach at Sharon, taking over for her “role model and mentor, Katharina Decas”.  She currently holds both of these head coaching positions.

As an official, Peg officiated field hockey and basketball at the high school level before assigners existed in the early 1970’s.  In 1974 she received her local field hockey rating and continued field hockey officiating until 1996.  From 1974 through 1996 she had a local basketball rating through the South Suburban Board.   She also served as President of this organization for 2 years.

From 1990 through 1996, Peg was a volunteer coach for the Town of Sharon Recreation Department for their softball and basketball teams and also officiated both basketball and softball for the town.

“While tournament play and championships are very rewarding and signs of success, there’s more to involvement with girls’ and/or women’s sports: make them accessible to as many as possible, instill the desire and motivation to experience their rewards, and increase participation.  I’m happy to have been able to help the cause.”