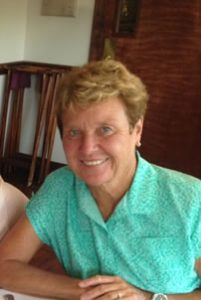 Penelope has been at Walpole High School since 1970 where she has coached softball for 14 years, basketball for 25 years, and field hockey for 29 years.  For the past ten years, she has been the Director of the Bay State League Youth Field Hockey Program and director of its camp.  She was the co-founder of the Massachusetts State Field Hockey Coaches Association in 1992.  As a field hockey coach for the Bay State Games, she led her teams to a silver medal in 1993 and a gold medal in 1994.

Penny has received many awards and recognitions for her coaching achievements, including the MSSFHA Service Award from 1995-1999, Bay State League Coach of the Year in 1990, 1994, 1996, and 1997, Boston Globe Softball Coach of the Year in 1994 and Boston Globe Field Hockey Coach of the Year in 1990, 1994, and 1996.  In 1998 she became a member of the 200 Victory Club of the National Field Hockey Coaches Association and was also named to the School Sports Magazine Coach of the Year.  She has been actively involved in community activities which include serving as the College Connection Camp Coach in 1999.  She has also been a speaker at the Ultimate Performance Coaches Seminar in 1999, at the Massachusetts Association for Health, Physical Education, Health, and Dance Annual Conference in 1998 and at the Lions Club Man of the Year Dinner in 1999.  From 1996-1999, Coach Calf was a member of the Walpole Recreation Department Fields Committee.