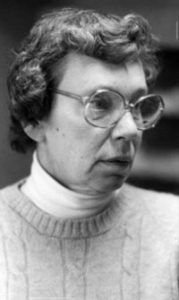 Priscilla, now retired, says that her only “claim to fame” is her 42 years at Milton Academy.  But what a claim that is!  She, in concert with Dolly Sullivan, developed a competitive athletic program second to none.  It included field hockey, lacrosse, basketball, softball, and tennis from the varsity level to the lower school club level.  Everyone played and they played well.  The sports program developed at Milton Academy by Priscilla Bailey was a forerunner for private schools in the area.

Priscilla made provisions for the Milton teams to take advantage of the British Lacrosse Touring Team members who conducted coaching sessions at Milton Academy when they were here in the late 1940’s.  She has and will continue to serve as a symbol of and true advocate for girls’ sports at the private school level for a long time to come.