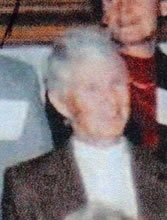 Rebecca taught physical education at Darien High School where she also coached tennis for 28 years, field hockey for 25 years, and basketball.  Weekends, she umpires a field hockey fall schedule for the Fairchester League and the BOCES in New York.  She has officiated basketball for FCIAC, but gave it up in the 1980’s.  Rebecca is currently affiliated with the Stuyvesant Field Hockey Board of Officials and the New York State Certified Board of Officials and is a field hockey Level A official.

“I loved coaching and I’m thankful for all the support of parents and colleagues.”