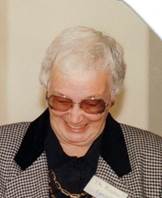 Reggie is a Professor or Physical Education at Bridgewater State College, a position she has held since 1965.  Prior to coming to Massachusetts, Reggie inaugurated and directed a woman’s basketball program in Rhode Island and held a state tournament.  She coached women’s basketball at BSC for 9 years, and softball for 4 years.  In 1973, she became the first ever Coordinator of Women’s Athletics at BSC, a position she held for six years.  In 1975-1976, Reggie served as the Vice President for Girls’ and Women’s Sport for MAHPERD.  While in this position, she was involved in an effort to develop a part-time woman’s position at the MIAA.

Reggie has been affiliated with the South Suburban League, Rhode Island AHPERD where she served as basketball chairperson, MAHPERD, and AAHPERD.

Her post-season/championship play has included 6 years of winning seasons (1972-1978) at Bridgewater State College., and participating in four regional tournaments and four state tournaments.  Her teams at BSC were AIAW champs in 1975, 1976, and 1977.

Dr. Regina Gross was inducted into the Bridgewater Athletic Hall of Fame.  She was cited by the Hall of Fame for her excellence in coaching as well as her significant contributions to women’s athletics at Bridgewater State College.  She is an Honorary National Basketball Official.