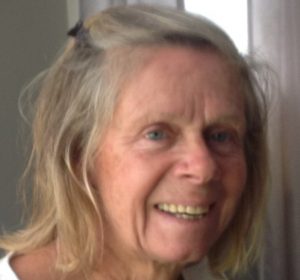 Rita Georges retired from the town of Reading, MA, in 2013. She received her bachelors’ degree from UMass Amherst as a health and physical education major in 1970 and received her masters of education from UMass Lowell in 1974.  During her long and illustrious career that spanned 49 years she dedicated herself to being a positive role model for girls and women as a coach, mentor, official, trainer of officials and as an administrator.

She maintained membership in the National Association of Girls and Women in Sport (NAGWS) for 25 years. She coached high school junior varsity field hockey and girls varsity tennis as well as youth soccer and basketball in the town of Tewksbury. She officiated basketball for 30 years, field hockey for 25 years  and lacrosse for 23 years at the collegiate level as well as high school varsity, junior varsity and youth levels. She also served as an official for high school varsity, junior varsity and youth soccer for 25 years. Aside from her important work as an official, Rita served as vice president of the Eastern MA Women’s Lacrosse Association for ratings and service for 10 years and also acted as the assigner of girls officials for 62 schools for 1 year. She maintained membership with U.S. Lacrosse, USA Field Hockey, Boston Field Hockey Association, New England Women’s College Umpires Association, Central Florida Women’s Lacrosse and Tampa Women’s Lacrosse Officials (assigner of girls’ officials for 6 counties for 3 years). She also served as a liaison for Tampa Women’s Lacrosse Association and the Florida High School Athletic Association for 6 years.

After retiring, Rita set a goal for herself to “grow the sport of girls’ lacrosse” during its formative years in Florida. She is pleased to share that lacrosse at the high school level has tripled from 18 teams to 54 teams in the last 6 years. The increase in officials has gone from 20 to 100.

Her contributions are varied and her achievements are numerous:

“The advancement of the role of girls and women in sports has always been my passion. As a physical educator who is a woman, I’ve spent a lifetime promoting healthy, active lifestyles. My motives were to work toward equality and opportunity for girls.”