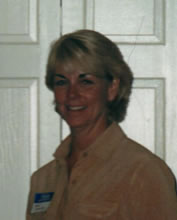 Robin is a physical education teacher and field hockey coach at Essex High School – a position she has held for the 23 years following her career at UVM as a varsity athlete.  Summers, she directs field hockey camps for young girls through the local recreation department.

Her win-loss records are not available, but “I know that my teams have won more than we have lost …I take it from year to year and measure success by the year and by the player.”

Her teams have won four Division I State Championships and twice were runners-up.  Robin has been named Division I Coach of the Year four times.