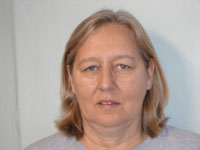 Roxann Link began her coaching career with the West Springfield Park & Recreation Department as a soccer and softball coach.  She moved to coaching at Greenfield High School and Greenfield Community College, where she received the 1986 NJCAA (National Junior College Athletic Association) Region XXI Women’s Coach of the Year award.  Currently Roxann is the women’s volleyball assistant coach at Amherst College.

As a volleyball official since 1980, Roxann founded the Western Massachusetts Volleyball Club in 1991.  She serves as the club director.  Roxann was also involved with the Bay State Games as a player and coach from 1980 to 2002.

Roxann advocates for girls and women through her position as NERVA (New England Regional Volleyball Association)Club Director and Girl’s Commissioner for the New England Region for volleyball.