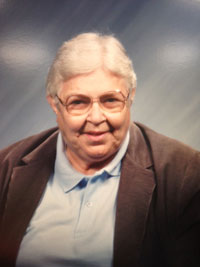 Sister Charlene Tedeschi worked tirelessly for over 30 years to promote girls sport in Rhode Island.  She was very instrumental in developing and implementing the first statewide Girls’ Diocese Basketball League in RI.  Her fiftieth anniversary as a member of the Religious Sisters of Mercy was celebrated shortly before her death.  From 1972-1982, she served as athletic director at St. Xavier Academy in Providence, RI, and at St. Mary Academy – Bay View in Riverside, RI from 1963-1997.

Her professional league and board affiliations include the RI Athletic Director’s Association, Sub-Committee on Girls’ Interscholastic Athletics, and the RI High School Girls’ Basketball Coaches Association, where she served as an Executive Board member from 1980 until her death in 1997 (secretary, 1980-1992).

During her career she was named the Co-Athletic Director of the Year, received the Alice Sullivan Award from the RI High School Girls Basketball Coaches Association for service to girls’ basketball, and was recognized by the RI Board of Girls’ Basketball Officials for service to girls’ sports.  The fields and scoreboard at St. Mary Academy – Bay View have been named in her honor.