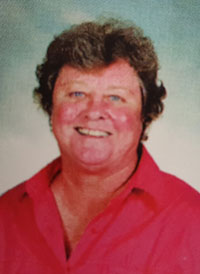 She was honored to be the first woman inducted into the Somerset High School Hall of Fame.