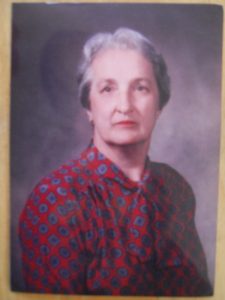 Sarah is a retired teacher from the Norwich Free Academy in Norwich, CT.  She began and coached the first girls’ varsity sport there – tennis – for 21 years.  She and two other teachers started the first girls’ track program, which she is still coaching, and, with the same two teachers, instituted the first girls’ gymnastics team.  Her overall tennis record is 186-1-1.  In track, her teams have compiled a 187-31-1 record.  She has had 151 athletes qualify for state field events and 100 have won medals at the state level.

Since 1952, Sarah has been involved in the Division for Girls’ and Women Sports, the Connecticut Interscholastic Conference, and various state and regional committees.  A great deal of her committee work has been related to the conduct of tournament play.