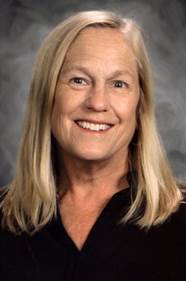 Sharon Newcomb has been officiating field hockey and lacrosse since 1982 at the high school and collegiate levels.  She has been recognized for her service by the Vermont chapter of the US Lacrosse Hall of Fame in 2009 “for contributions as a long time women’s lacrosse official and mentor.”  She was also recognized by the Vermont Field Hockey Coaches as the 2016 “Official of the Year” and selected to officiate the 2018 VT/NH Twin State Field Hockey Game.  Yearly, Sharon has officiated Vermont tournament games in field hockey and lacrosse at the high school and collegiate levels as well as the VT/NH All Star Lacrosse Game.
After receiving her education in Pennsylvania at Lock Haven State College (1969-1971), Slippery Rock University (1971-1973), and West Chester University (1976-1978), Sharon took her skills as a teacher and administrator to Friends Central in Philadelphia, PA and then to the U-32 Middle and High School in the Washington Central Supervising Union in Montpelier, Vermont.  At both DII Lock Haven and at Friends Central in the Quaker League, she helped develop teams that became strong and respected competitors.
Sharon is very active in the Vermont umpiring associations for both field hockey and lacrosse.  She has been on the executive board (since 1982) and is the current president of the VT Field Hockey Umpiring Association (VFHUA).  She is on the officials’ board of the Vermont Women’s Lacrosse League (VWLL), rules interpreter for girls’ lacrosse (2000 – present), and is a member and officer of USAFH, US Lacrosse, New England Women’s Collegiate Umpiring Association, New England Collegiate Field Hockey Umpires’ Association, VAHPERD (now SHAPE), and Vermont Principals’ Association field hockey and lacrosse committees.
Sharon retired from her teaching and department head duties in 2017 from the Washington Central Supervisory Union schools in Vermont.  Since then she has been working with young umpires which she finds “especially rewarding.”  She is recognized and respected by both field hockey and lacrosse officiating organizations in Vermont as “someone who can connect, support and mentor others well.”