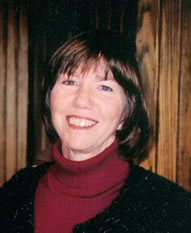 “I have been involved in field hockey on the state level as well.  Since their beginning, I have been a member of the MSSFHA and MSFHCA.  Presently I am the South Sectional Representative to MSFHCA.  Each June since 1993, I have been on the selection committee for the Bay State Games.  In 1995, I coached the Gold Medal winning Southeast team at the Bay State Games.  I also coached the team representing Massachusetts Public Schools at the Cape Cod Classic New England Showcase in 1996, 1997, and 1998.  The 1997 and 1998 teams were the winners of the Gold Medal.  It has been very rewarding to see several of my players go on to play in college and continue their involvement with field hockey by officiating or becoming coaches themselves.”

“I have had the pleasure of working with the future players of Norwood by building the Norwood Youth Field Hockey Program from a handful of players in 1985 to over seventy girls from grades 5 through 8.”