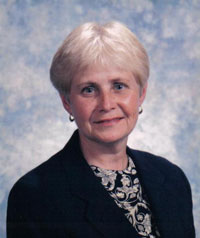 Between 1962 and 1985 Sheila McKenna coached basketball, volleyball, field hockey, spring track, and softball for Attleboro High School, the Attleboro area community, and YMCA.  This Bridgewater State College graduate currently spends her time as a board member for both the Rhode Island and Massachusetts Senior Games.

Sheila has been inducted into the Hall of Fame at Fairhaven HS and Bridgewater State College.  She received a citation from American Express for contributions to girls and women in sport.  She received two citations from the American Association of University Women for forums on Title IX.  These forums, titled “It Took and Act of Congress” and “An Opportunity for a Lifetime” relate the history and success of Title IX.  She also gave a lecture and slide presentation for the MAHPERD Convention titled “The Evolution of Women in Sport: HerStory”.

A recipient of many honors and awards, Sheila continues to stay involved in the Senior Games in both Massachusetts and Rhode Island as well as the Alumni Association of Bridgewater State College