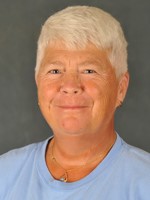 Sherry is a 1972 graduate of Bridgewater State University where she majored in health and physical education. Her years of service and advocacy span more than 40 years.

During her 38 year tenure at Smith Academy in western MA she served as a K-12 teacher, coached field hockey, basketball and softball and ultimately became athletic director. She also participated in the Pioneer Valley Interscholastic Athletic Conference and MIAA activities in several leadership roles to advance high school athletics. In addition to coaching, she was a respected and competent official. As a softball and basketball official she was selected to officiate high level games and she believes she may be the only person to have coached and officiated in State Championship contests. Sherry also worked MIAA tournament sites and continues in that capacity today.  As a retiree she serves as the waiver coordinator for District F.

Her accolades are many. She credits her student-athletes for providing Smith Academy with 4 state championships in two sports, field hockey and softball. In her career she has coached an Olympian, many college athletes and All-Americans. Her teams won several sectional championships and many league championships.

–  has received recognition as Athlete of the Year, John O’Brien Award

–  has received a distinguished service award

–  was honored by having the Smith Academy Gymnasium named after her

tournaments, and has attended the National Field Hockey Festival

Sherry has been invited to speak at many banquets honoring championship teams, at graduations, and has also spoken to college pedagogy and women’s history classes.

example for young men as well as women. Young men need to see that women can be

leaders, can make decisions and can be valuable in the world of athletics.”