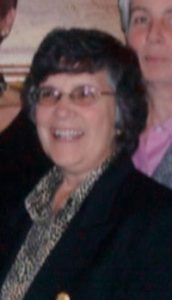 Sherry is currently the part time Director of Instructional Services for the Fairhaven Public Schools.  She took this position after retiring from the Berkley Public Schools in 2001, where she was the Chapter 622 and Title IX Coordinator.  Sherry was the head softball coach at Coyle & Cassidy High School in Taunton, MA, and at Southeastern Massachusetts University in Dartmouth, MA.  In 1983 she coached SMU to the MAIAW Tournament Championship for Division III-B.

As an official, Sherry is most proud of her National Ratings in both Basketball and Softball. She officiated the MIAA Division I Championships in both sports.  As a student teacher at Oliver Ames High School in Easton, MA, she began her officiating career as “the only woman behind the plate” in the Hockomock League.  She has always believed that “it is very important that female athletes see female officials” so they know there are opportunities for them in the future.  She also thinks it is just as important that “the athletic directors see that women officials are indeed more than capable of controlling a game.”  The growing membership of the officials’ board is directly related to Sherry’s efforts and beliefs.

Working as a Division I official in both softball and basketball, Sherry is very conscious of the number of female coaches and officials in high schools and colleges today.  She enjoys discussing with female athletes the choices and opportunities they now have for college scholarships, participation in athletics, and additionally, the roles of women as coaches and officials.

“As the Berkley Public Schools’ Chapter 622 and Title IX Coordinator, I was able to further the cause for girls by ensuring equity in all school programs and activities…..The ultimate putdown of my era, ‘you throw like a girl’ holds no negative meaning now that the proper funding has been made available to female athletes.”