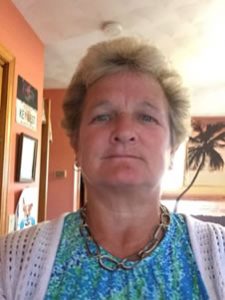 In 1979, during her collegiate years at Southern Connecticut State University, Susan began her coaching career and continues today..

From 1989 to 1995, Susan coached gymnastics at a private gym and was a substitute teacher.  She also managed an Olympic Sporting Goods store in Connecticut before returning to Southern Connecticut State University to get her master’s degree.  Since 1995 Susan has taught and coached at The Norwich Free Academy in Connecticut where she is currently coaching gymnastics and track & field.

Her most memorable accomplishment was coaching gymnastics teams from 1995-2002 when they won seven straight state championships, three New England championships, and compiled an incredible record of 91-1.

Described as “the glue that keeps this family together”, by the throwers on the track team, Susan found it quite touching when told by her players how much they enjoyed “their time spent at practices.”

“It is fun to win, but to me it is so much more important to develop teams that enjoy the sport while developing caring, athletic young adults who promote sports and fitness.”