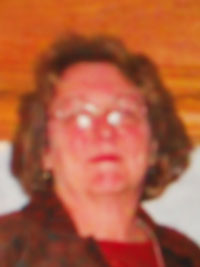 Her involvement in girls’ and women’s sport has included working as a coach for Youth Sport Teams in the under-8 coed program where she coached soccer and basketball from 1980-1985.  She was a USGF gymnastics official from 1960-1976 and has served as a judge for Massachusetts State, New England Regional high school gymnastics championships, and a judge for the New England YMCA collegiate championships.

During her career, Susan has developed and taught a mother/infant and mother/toddler Water Babies and a Gym/Swim program in the Springfield area.  From 1973-1997 she ran a summer swimming program.  From 1986-1999 she was on the Board of Directors of the Bass Pond Swim Club.

“In developing several programs for mothers and children, I felt I was helping to make young mothers aware of the benefits of sport and activity for their children.  My programs served thousands of children over the years and I have seen many of these children become outstanding, highly skilled athletes.  Instilling in children the desire for physical education and the desire to know ‘I can and I will’ has been a big part of my work in the gym, the pool, and the classroom.”

Susan is a native of Quincy, MA, where she grew up with three brothers.  She played softball, basketball, tennis, swimming, and gymnastics.

“My inspiration and mentor was Mary Pratt, my physical education teacher at Atlantic Middle School.  The after school program which Miss Pratt provided for the girls was invaluable.  At this time, Quincy offered no sports for girls in high school – only intramurals.  In spite of this handicap, I went on to Springfield College to compete in gymnastics, travel with the gymnastics exhibition team, and play softball.  From 1965-1968, I wasn’t the best, but I was on the teams and I loved it.”