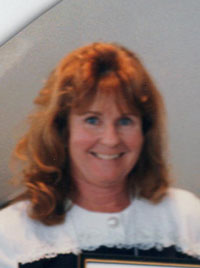 Susan is a physical education teacher at the Oliver Hazard Middle School in Providence, RI.  She began her teaching and coaching career in 1972 following her student-teaching days with her mentor, Carmella Palmer, in 1971.  She became a member of the RI Interscholastic League and began judging gymnastics in 1980.

Her affiliations include membership in the RI Association for Health, Physical Education, Recreation and Dance.  As a member of the RI Interscholastic League, she has served as the Gymnastics Director, and on the Restructuring Committee, the Gender Equity Committee, the Rules Interpretation Committee, and the Citizen, Sportsmanship, and Wellness committee.  She is also affiliated with the Massachusetts Interscholastic Athletic Committee and is a track & field official in Massachusetts.  Susan holds ratings and is an active official in track & field and gymnastics.  She is a member of the RI Timers Guild (track & field) Training and Fee-Setting Board.

Susan coached elementary and junior high teams in various sports and gymnastics and track & field at Warren High School from 1972-1982.  In 1977, her gymnastics team placed 2nd in the state championships.

The Rhode Island Principal’s Committee on Athletics has recognized her for her work on the Rhode Island Interscholastic League Sub-committee for Girls’ Sports.