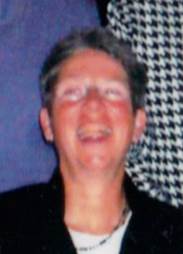 Susan is a retired professor of physical education.  Women’s and girls’ athletics has been a focus of the life during her entire career.  She has been a player, teacher, coach and official.  During her early professional years she coached high school field hockey, basketball, and softball.  After graduation, she continued to play in club hockey and to officiate girls’ basketball at the high school and college level.  During her graduate years, she became involved as a volleyball official.  Since the year 2000, Susan has been a full-time basketball, field hockey, and lacrosse official in high school and Division I, II, and III collegiate competitions.

Her board and league affiliations include the Connecticut Field Hockey Association Board of Officials where she was secretary (1995-2004) and Rules Interpreter in 2003 and 2004.  She is also a member of the United States Field Hockey Association, and the United States Lacrosse Association (local board member of the Connecticut Women’s Lacrosse Association).  She officiated at the National Super Region I competitions, and is the 2004-2005 Rating Chair for the Super Region.

Susan was named the All Star Goalkeeper (1973) by the New York State College Athletic Association.  She was presented with the “Order of the Red Coats” by Texas women’s University Athletic Department for volunteering to the college volleyball program.  In 2002, Susan was named the outstanding Field Hockey official by the Connecticut Interscholastic Athletic Conference.

“It is difficult to summarize the past 32 plus years in athletics.  I have tried to provide you with an overview.  Growing up in the days where girls were not encouraged to even sweat, to the current days where women have scholarships, are properly trained, and given full medical support is amazing.  I only hope the work of those in the past have helped to bring this progress about.  The sky is the limit today.  There is one thing that I have learned – officiating is a great way to give back.”