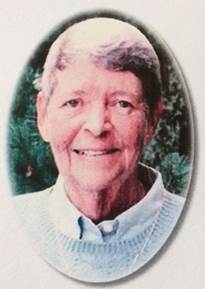 Sue Rivard worked at Oliver Ames High School in Easton, MA, for 37 years as a physical education teacher, assistant principal and coach of girls’ basketball, softball, and field hockey.  During her tenure, her teams won 10 championships and completed 8 undefeated seasons.  In 2005 Sue was inducted into the Oliver Ames High School Hall of Fame.

In the Hockomock League, her coaching was exceptional.  Her field hockey teams won 6 Hockomock titles with 4 undefeated seasons including 3 consecutive seasons.  She was the league field hockey coach of the year in 1970, 1971, and 1976.  Her basketball teams won 4 consecutive Hockomock League Championships and included a 51-game winning streak.  Coaching before Title IX when girls’ sports in Massachusetts lacked a post-season and funding, Sue was a key person in bringing about equality within the Oliver Ames athletic program.

Her interests went beyond athletics and Sue was a great supporter of the music department at OAHS.  The Easton music parents’ organization, TEMPO, dedicated a fir tree on school grounds to Ms. Rivard as a gesture of thanks for her support for the student musicians.  The Sue Rivard Holiday Basketball Tournament is held each year to also remember her support to that program.

Duncan Oliver, former Oliver Ames High School Principal described her with these words: “Sue was a major factor in the success of our school.  She was a special, special lady.”

Sue Rivard passed away on November 13, 2016, and is being inducted posthumously.