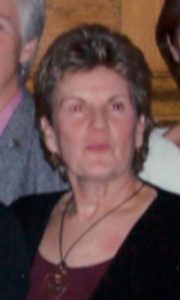 Teri Riggs graduated from Northeastern University and received her Masters Degree from the University of Massachusetts.  Her coaching career began with basketball at Newton North High School and field hockey at Concord Academy and Wellesley High School.  At Cambridge Rindge & Latin School, Teri coached her 1981 basketball team to the Suburban League Championship and took them to the Division I State Finals. She and her 1981 team were elected to the City of Cambridge Athletic Hall of Fame.

For thirty-two years, Teri has been an advocate for girls and women in sports.  In the City of Cambridge, she was involved in the inter-school athletic program as a coach for 6th, 7th, and 8th grade basketball and volleyball teams.  She was actively involved in many “5th Grade Girls Day” when every 5th grade girl in Cambridge would spend a day experiencing a wide variety of sport activities at MIT.

“This has been fun to reflect back on my career as a coach, official and advocate for girls and women’s sports.”