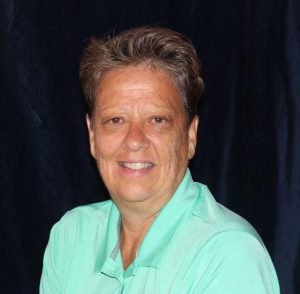 Terry Riley graduated from Bridgewater State University in 1982 with a bachelor of science degree in physical education.  In 2006 she earned her master of arts in educational leadership from Framingham State.

She worked as the athletic director at Assabet Valley Regional Technical High School and is a graduate of Assabet as well.  During her tenure as athletic director, her teams won 18 league championships and 2 state championships.   In recognition of her excellence in her field, Terry was nominated by her peers and named District E Athletic Director of the Year in 2014.  She was also the recipient of the Massachusetts Women in Athletics Distinguished Service Award in 2016.

Terry started coaching youth soccer in 1983 and continued coaching high school and college teams until 1995. As a coach she was awarded the Central MassachusettsDivision 2 Soccer Coach of the year in 1987 and the Central Massachusetts Soccer Coaches Association outstanding contributor award in 1997.  In 1990 Terry was honored to coach a highly selective high school team with the American Ambassador European Soccer Tour.  This team consisted of players from all over the United States who trained and played in Europe.  She also coached basketball and softball for 10 years.

Currently Terry is the MIAA Central Massachusetts and State volleyball tournament director for both boys and girls and the Massachusetts Secondary Schools Athletic Directors’ Association (MSSADA) assistant conference coordinator. She also served as the awards chair president of the central Massachusetts soccer association from 1981- 1992.  Although retired, Terry continues to work on state level committees.