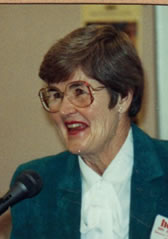 Ever since her graduation from Boston Bouve School of Physical Education, Tufts University, Pippy has been exploring all avenues to advance women’s golf at the high school and college levels in addition to coaching many sports.  She is currently coaching golf and squash at Noble & Greenough School.  Much of her time has also been devoted to the development of the Annual Independent School Girls’ Golf Classic.