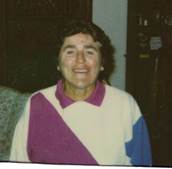 Theresa is a retired Professor Emerita from the University of Massachusetts, Boston.  Her career has included teaching, coaching, and officiating at the high school, CYO, and college levels in softball, basketball and volleyball.  Her officiating career began in 1949 and has included a National Honorary Life Membership on the Boston Board of Officials.  She has held ratings in basketball and volleyball.  She has officiated in MAIAW and state high school tournaments.  In addition, she has conducted clinics for the Boston Board.  After attending the first National Institute for Coaching Women’s Basketball at the University of Indiana, she returned to conduct clinics in the Boston area for high school and college coaches.