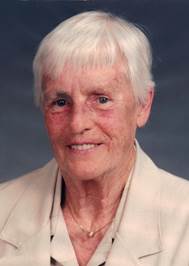 In 1948 Wilma joined the All American Girls Professional Baseball League in Fort Wayne, Indiana, and was involved with baseball until 1954.  Wilma’s coaching skills were acquired during her time with Coach Max Carey of the Fort Wayne Daisies in 1950-1951 by observing, listening and playing.  “He was the greatest teacher I ever had. That experience enabled me as a player-coach to teach the skills I had learned.”

Wilma took those coaching skills to her AAA teams in Rhode Island.  Her fastpitch teams won a number of league and state ASA Championships l championships.  In over 30 years as a volunteer coach (1958-1988) for ASA softball, she also instructed at several clinics in Rochester and Rhinebeck, New York, for girls aged 10 to 18 and women 18 and older.

In 1969 she graduated from Barrington (RI) College with an elementary education degree.  During her 23 years of teaching 5th and 3rd grades, Wilma used her lunch hours for “organizing co-ed softball games for any and all students, always encouraging the girls to participate.”  Many girls did participate; some went on to play little league baseball and one became a college softball pitcher for Rhode Island College.

Since the 1992 movie “A League of Their Own”, hundreds of girls have been inspired to join sports teams.  The movie, and being a player, has given me the opportunity to speak to and assist students at all educational levels with class projects or historical papers” on the emerging role of women in sports.