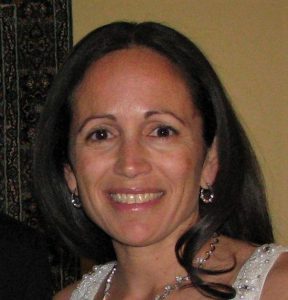 Yvonne Grimes graduated from Binghamton University with a bachelor’s degree in history and a master’s in education. Currently she is the head track and field coach at Bethel High School in Connecticut and manager of the Bethel Track and Field Training Center.

Yvonne has spent 34 years involved in track, starting in New Rochelle, New York and then Wilton High School in Connecticut focusing on both Special Olympics (US and International) and track and field.

Yvonne has found the time and energy to organize the Connecticut Special Olympics Unified Distance Running Team to represent the state in the United States Association for Track and Field. She has also served as the officials’ certification chairperson and was the first track and field assignor for the CIAC (the governing body of Connecticut’s scholastic athletic programs). These programs helped to open the door for women to officiate state track and field meets. Early in her career Yvonne also championed girls competing in the pole vault and triple jump.

“To be a woman leader has not been easy. One needs a thick skin and the resolve and patience to see a goal through. I have been called tenacious in many arenas because “the way it has always been” was never satisfactory. Strong women in leadership positions can only be a shining example for our youth.”